When Dynamics CRM 2013 was released, I thought access teams were the new killer feature in that version, and I even developed custom workflow activity code to make managing access team membership easier by using connection records. I have thus far not had an opportunity to use access teams in a real project, so I was disappointed to read this blog post by Ben Hosking (AKA "The Hosk") about how Microsoft doesn't provide any out-of-the-box capabilities for moving access team templates between Dynamics CRM organizations. In that post, the Hosk says, "It’s possible someone could build a console app to import the access team templates but as yet no one has created it." Challenge accepted.

To copy/update access team templates from one organization to another using my tool, do the following:

Here's a screenshot of the tool being executed: 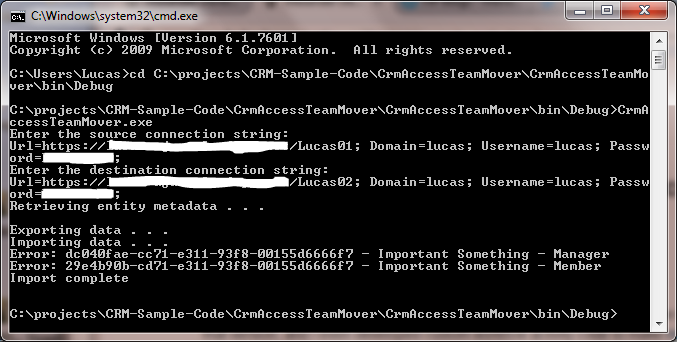 And the image below shows access teams in a source and target system after I ran the tool. The source system has two access team templates for entities that don't exist in the target system, so they were not created. 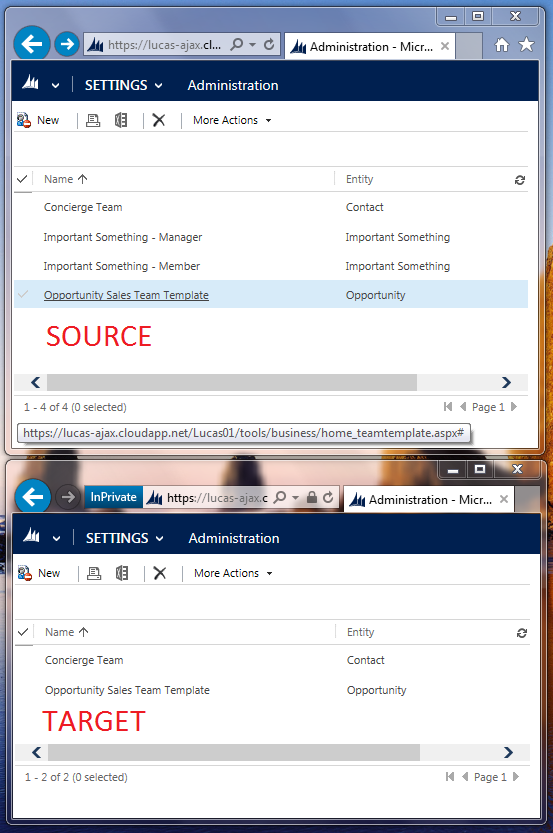 The approach in detail

At first I tried to retrieve the teamtemplate records using a RetrieveMultiple query for all attributes, but that resulted in a strange service fault involving the issystem attribute that looks like a bug in CRM. I then decided to use a FetchXML query instead. To make it easy on myself, I first make a metadata request to retrieve all the teamtemplate attributes, and then I dynamically build a FetchXML query for everything except the issystem field. That query then gets executed. The code for all the source organization operations is below:

Once the teamtemplate records have been retrieved, they are then created in the target organization:

You'll note this code not only creates new records, but it also tries to update existing records, so if you have a teamtemplate that's changed, this will handle it if the record was created with the same GUID in the target system as in the source system.

What do you think about this approach? Would you have done anything differently?